– Alternative biological processes for the treatment of back pain.

A worn disc as biological essential consequence of aging and / or miscarriage / congestion with resulting back pain, affecting nearly everyone in our modern society. If no acute herniated disc with nerve loss and severe pain, the symptoms are usually chronic, often increasing and then to remain stable for years. Ultimately, then very quickly carried out the various invasive and costly surgical procedures with a high surgical risk, and with serious consequences risks to a failing individually required conservative treatment strategy.

Open procedures for decompression with / without metal reinforcement or a mechanical disc prosthesis can be performed. For decades, researchers have tried to slow the degenerative disc disease or prevent. This is the future of these individual biological method to avoid surgery, is undisputed even in conservative WS specialists. Experiments with isolated disc cells to propagate them outside the body and to “regenerate” have not brought the desired results, as these cells die in the worn disc within a short time, rather than to survive.

Here in the future most likely stem cells that are genetically modified to be able, in a “supply desert”, that is, the degenerated disc to survive. However, use of this therapy is unlikely in the next decade. What there is thus at present, in order to reduce the complaints of the patient? Outside the known painkillers, the usual conservative therapy or surgical methods known biological therapies are increasingly brought to the fore in recent years. Unmodified stem cells have achieved initial good results, but implementation is in the width too expensive and there have yet further studies are conducted. In addition to the biologically active Nucleoplasty technology (the reduction of local inflammation than desired side effect). With / without combination of PRP (Platelet Rich Plasma) led by injection into the intervertebral disc isolated to improve the complaints a problem of all these process is the fact that the mechanical component of the intervertebral disc, i.e., buffering and pressure distribution, solely by cells can not be restored.

Therefore alone the combination therapy of cells and a biocompatible material to restore the buffer function will be successful in the future well. Many materials are diesbzgl. been studied in the past 15years in studies and almost all have been rejected. Demanded here are a biological compatibility as possible with minimal operation expenses / costs, persistent buffer function. It has up to now only be able to enforce a material that meets all of these necessary conditions. This new biological outpatient procedure with no side effects is a hydrogel stick (s. Fig.), Which is inserted with a needle under local anesthesia on an outpatient basis in the disc.

This hydrogel swells after 1- 2 hours to ten times, and therefore the rehydrated disc, whereby it can again perform its natural function buffer. In addition, this biomaterial fulfills a further important requirement, because it carries out the regulation of the pH value to a reduction of the inflammation in the disc, which in turn is important for the survival of cells. And in combination with stem cells and / or PRP ermöglichensich additional new biologically active outpatient combination method here. It seems that this small operation that has been performed on more than 500 patients and more recently in selected European countries (as well as Mallorca) was introduced, which is probably best minimally invasive biological processes with worn discs at the present time.

The surgery under local anesthesia on an outpatient basis takes an average of just a few minutes and the patient is from the next day again work and sport capable.
Currently, clinical results are (without cells) for the lumbar spine, as well as the cervical spine of up to two years ago, in favor of the biomaterial; if the problem with this therapy is also solved in the long term remains to be seen. At least from today’s perspective, the use of a hydrogel with / without cell medium to long term the most promising when major surgeries with long hospitalization, as stiffening or mechanical intervertebral disk prosthesis, to be moved in the longer term or avoided.
Informations at MEDISPORT team of Dr Seita Mallorca 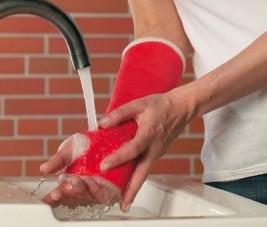 The desire of the patient in the course of a treatment always the most optimal possibilities to get is understandable. Never fits the injury, it bruises, fracture and but also after a postoperative care so really a resting in the “plan”. Just now and why I ?! … you always hear again. The most important medical indication for resting in combination with improved everyday suitability has now been successfully developed. The previous restorations with conventional plaster were mostly very difficult, absolutely waterless, and thus the daily life as well as the holiday benefit of the patients but considerably restricted. The solution for an unrestricted use, even in everyday life, despite the use of gypsum dressing, is a special cushioning material under a modern ultralight synthetic support band.

The material is waterproof, breathable and washable, allowing the patient to shower, bathe or even swim, despite a so-called stable cast dressing. Even the necessary rehabilitation measures can now be carried out successfully without problems thanks to this special technique. By means of this innovative three-dimensional construction made of water-resistant fibers developed in medical technology, a required stability with wear comfort could be achieved. The open fabric structure allows the water to drain from the casting belt, while the residual moisture evaporates with the aid of the body’s heat. Most dressings dry within approx. 90 min.

An adhesive coating facilitates the installation and prevents slipping of the bandage during the dressing. The risk of skin macerations, pressure points as well as smell and skin jumps is reduced by the special under-cushioning. With sufficient experience in plastering and learning the new materials for the experienced orthopaedist absolutely no problem. In Bendinat at MediSport-Mallorca, the orthopedic / traumatologist and experienced sports physician Dr. Marco SEITA (0034-661939395) – has made very good experiences and uses this new technique as a matter of course, along with other specialist associations such as Kinesiotape / Sporttape / Special Ointment Associations regularly as part of its conservative treatment concepts.
INFOS: info@medisport-mallorca.com

The company Sanadren Europe GmbH with headquarters in Switzerland was founded in 2011.

As main importer for almost all countries in the EU, Switzerland, APAC and Emirates, we succeeded to establish products on many markets.

Our products are the result of many years of research. A medical advisory board of dermatologists and cosmetic surgeons advises the company in the fields of product development and clinical research.

Thanks to our researchers, we are put the first products onto the market worldwide that create an osmotic saturation on the body through the effect of elastic compression.

Also the ergonomics is oriented on well-being, health and beauty of the human body. 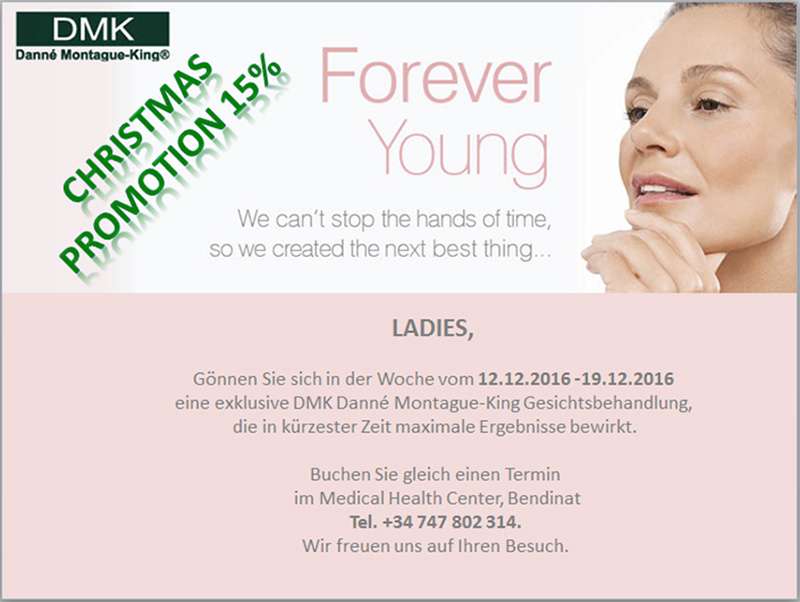 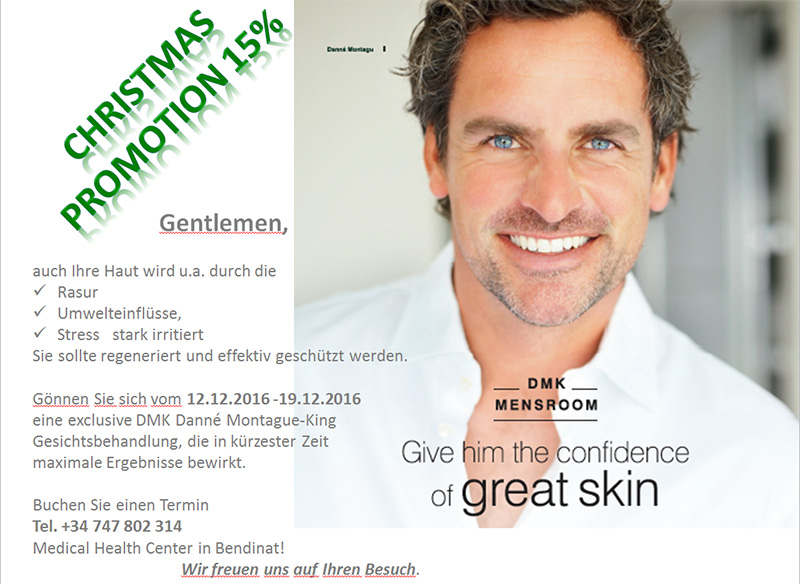 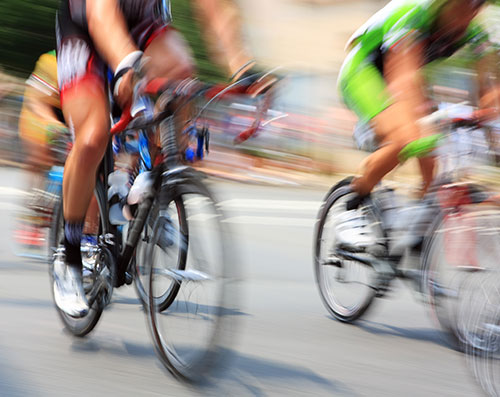 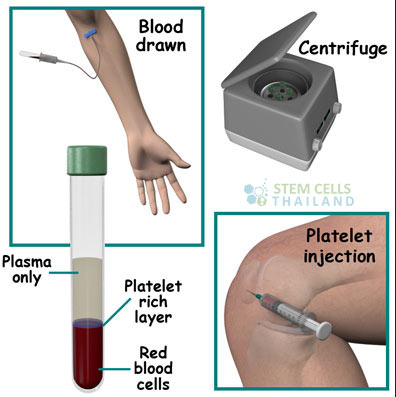 Therapy of the cervical spine

Neck pain with or without headache, shoulder and arm pain are common disorders of the musculoskeletal system. Fortunately, the most common cause of these symptoms is a muscle tension, which is reversible by simple measures. In chronic pain, herniated discs and bony narrowing of the nerve but further proceedings are necessary.

In Germany, millions of people suffer from osteoarthritis. As the number of cases of treatment and ongoing efforts to osteoarthritis prevention and the optimization conservative measures, there are also an increase in the “operational” method.

Part I: What is osteoarthritis? And what prospects there !?

The osteoarthritis, the conceptually translated from the ancient language elements “joint” and composed “mutilation” and thus historically documented was earlier known today is called the “age than usual increase in joint wear” defined.

This accompanies the consequences of pain, deformity and loss of performance of the corresponding joint disease with wear of the articular cartilage is one of the most common diseases of civilization in the 21st century.